The SPA was founded in 1900 as the Scots Philosophical Club. The prime mover in the starting of the Club was William Angus Knight (1836–1916). Knight was born at Mordington, Scotland, and educated at the University of Edinburgh. From 1876 to 1902 he was professor of moral philosophy in the University of St. Andrews. 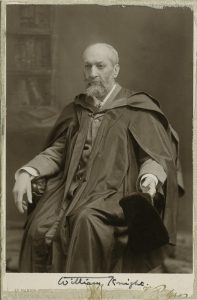 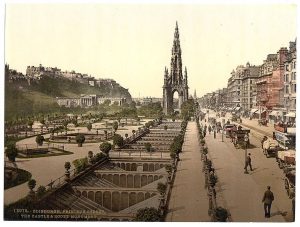 N. Kemp Smith provides the following account of the origins of the club (Smith 1950):

Knight was a very colourful figure, enterprisingly self-reliant. In 1900 he was the senior by eleven years of any other Scottish Professor of Philosophy, and was in fact the last Professor of Moral Philosophy to be recruited direct from the ranks of the Scottish clergy

The letter of appeal which Knight circulated to his colleagues is dated 23rd March, 1900; and at a preliminary meeting held in his house in St. Andrews, on 16th May, the Club was duly constituted. The first regular meeting was held in Edinburgh on 3rd January, 1901.

At the start, the Club consisted of eleven ordinary and six honorary members. The meetings took place twice annually; in the Christmas vacation alternately in Edinburgh and Glasgow, and in the summer alternately in St. Andrews and Aberdeen. At first these meetings were single day meetings. A discussion on some philosophical topic was arranged for the afternoon, followed the same evening by a dinner. Soon, however, the day of meeting was freed for exclusively social purposes, formal discussions being reserved for a meeting held on the following day. The proposal to start a new journal first came before the Club at its Glasgow meeting in January 1948.